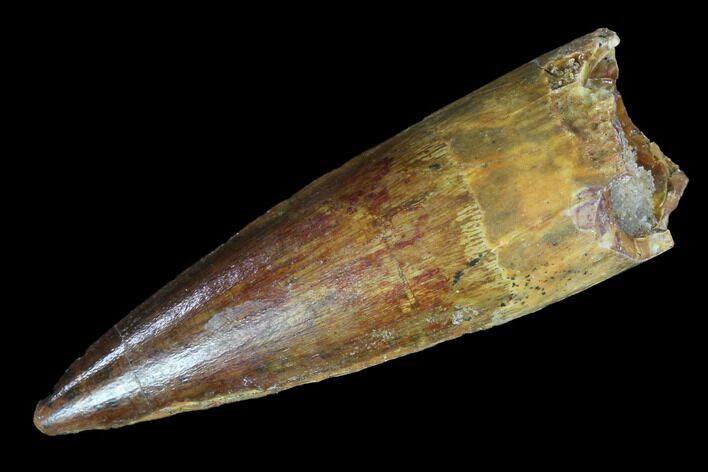 Very nice enamel preservation on this tooth and an unworn tip. There is repaired crack near the tip. 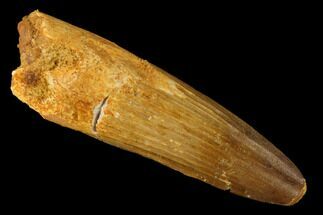