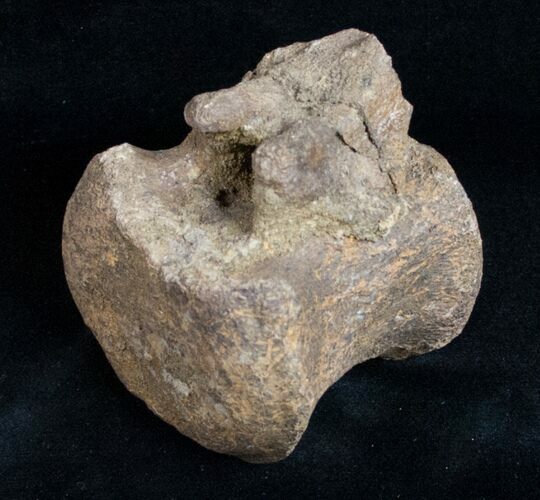 This is a 2.3", caudal (tail) vertebra of Edmontosaurus annectens, a Hadrosaur or commonly referred to as a duck-billed dinosaur. It was collected from the 66 million year old Hell Creek Formation of South Dakota. The vert has heavy iron replacement and is much heavier than you would expect. The processes of mostly intact.