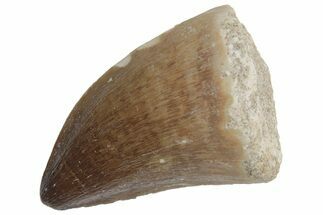 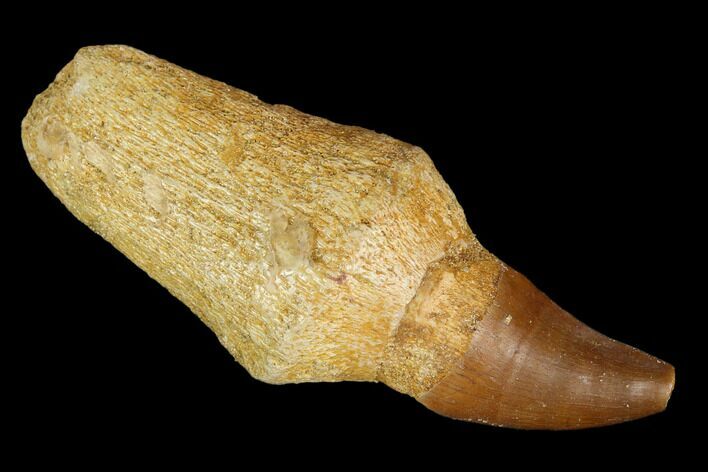 This is an excellent 2.3" long, rooted tooth of the Mosasaur, Prognathodon from the Upper Cretaceous phosphate deposits in the Oulad Abdoun Basin of Morocco. It is in good condition with a worn tip and repaired crack between the crown and root but it does not appear to be a composite. 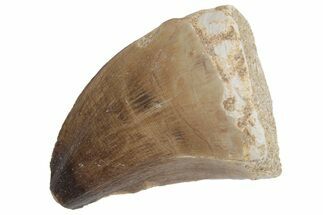 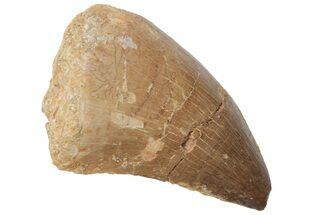 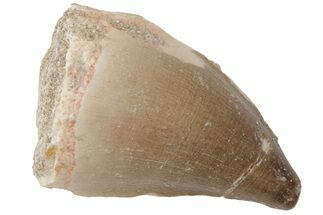 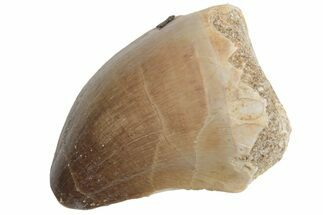 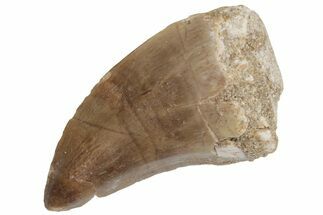