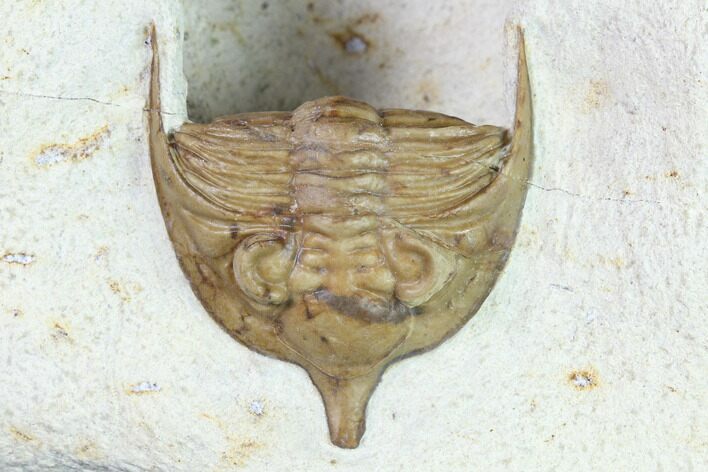 This is a beautiful, caramel colored, 2.3" long (if outstretched) Huntonia huntonensis from the famous Black Cat Mountain quarry near Clarita, Oklahoma. This is one of the more uncommon species, and maybe a half dozen good specimens are found in a full season (100+ days) of digging at the quarry. This specimen is complete, just folded in the middle.