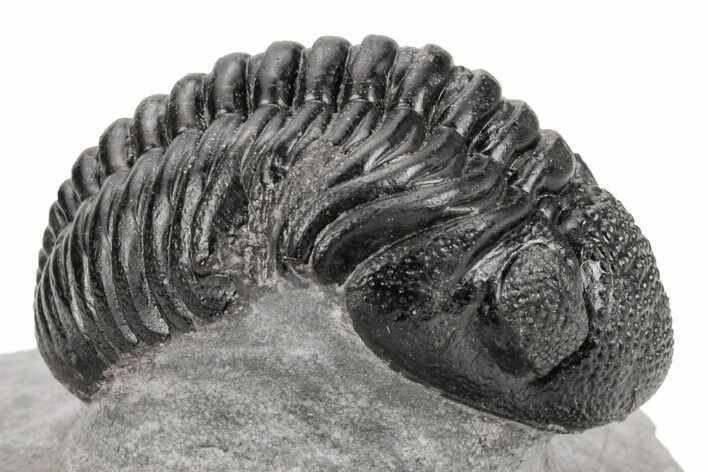 This is a 2.3" long, phacopid (Pedinopariops vagabundus) trilobite from Mrakib, Morocco. It has excellent eye facet detail in both eyes. 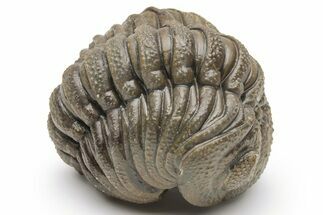 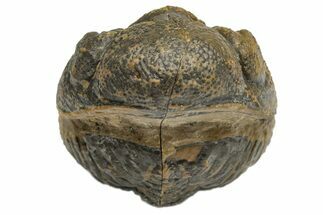