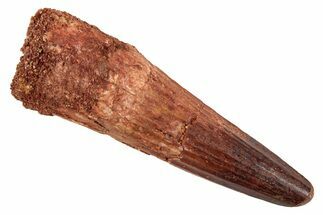 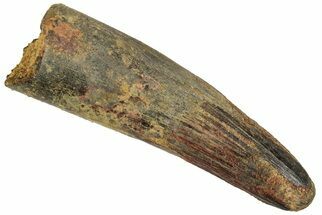 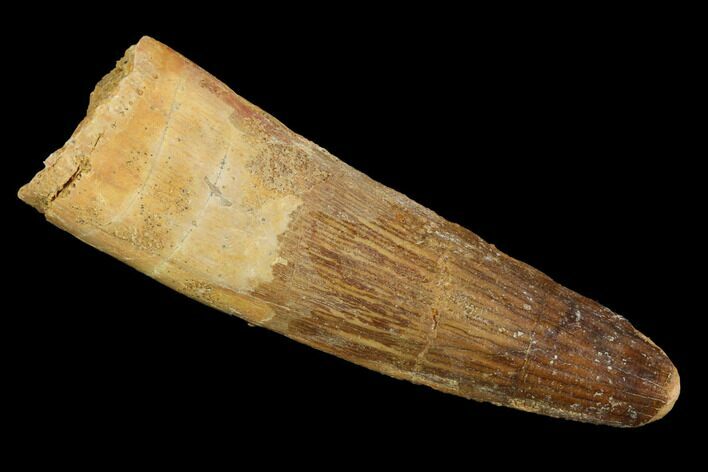 There are multiple repaired cracks through the crown of this tooth and feeding wear of the tip. Some enamel has chipped away in the locations of breakage. 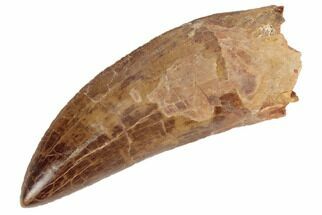 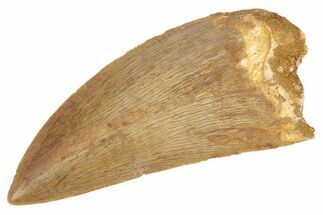 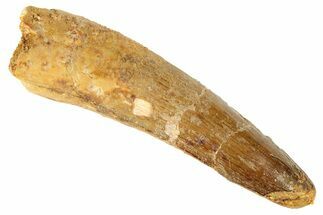 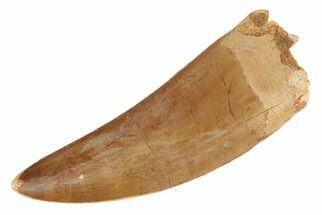 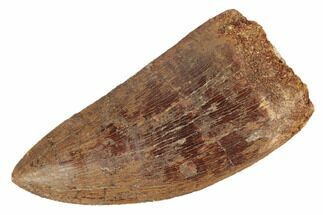