The enamel is beautiful on this tooth, and it has a partial root preserved. Minimal feeding wear to the tip. There are a couple of crack repairs but no restoration. 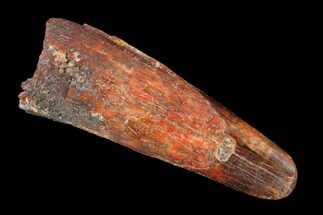