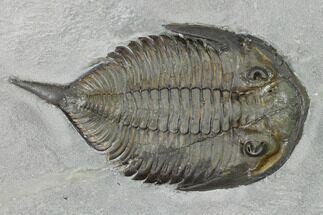 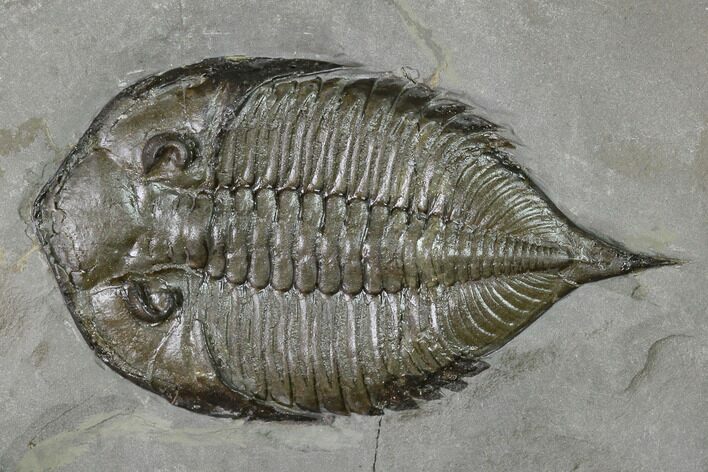 This is a 2.35" long specimen of the classic New York, Silurian trilobite Dalmanites limulurus. It was collected from the famous Caleb's Quarry near Middleport, NY.