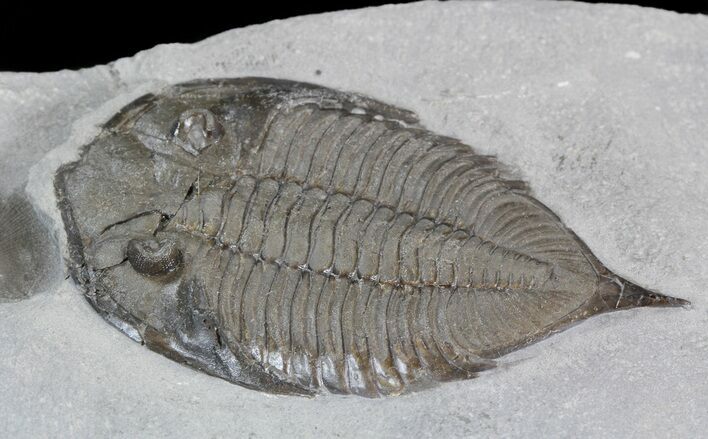 This is a 2.35" long specimen of the classic New York, Silurian trilobite Dalmanites limulurus. It was collected from the famous Caleb's Quarry near Middleport, NY. It's about average size for the species. Like nearly all specimens from this quarry there is some small flecks of shell restoration where shell flaked during collection.