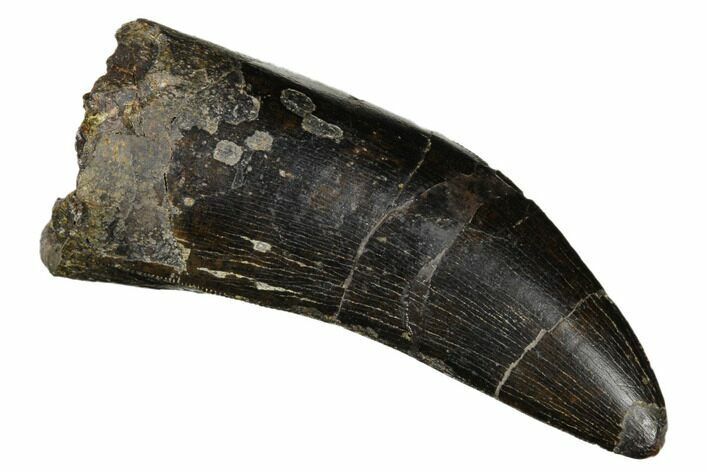 This is a big, fat, 2.35" long, serrated Tyrannosaur tooth collected this summer from the Two Medicine Formation of Montana. It is hard to get teeth this nicely preserved from the formation, particularly large ones. The layer was deposited during a flood event, so the teeth are typically tumbled and worn with missing serrations or tips.

This tooth has nice enamel though most of the serrations are worn. There are a few crack repairs, but only some minor gap fill restoration. As explained below, there are three types of Tyrannosaurs in the formation and their teeth nearly identical, but based on the large size of this tooth it's most likely Daspletosaurus.