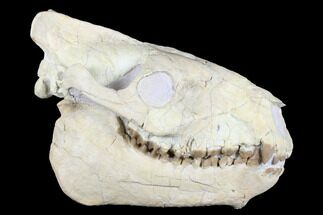 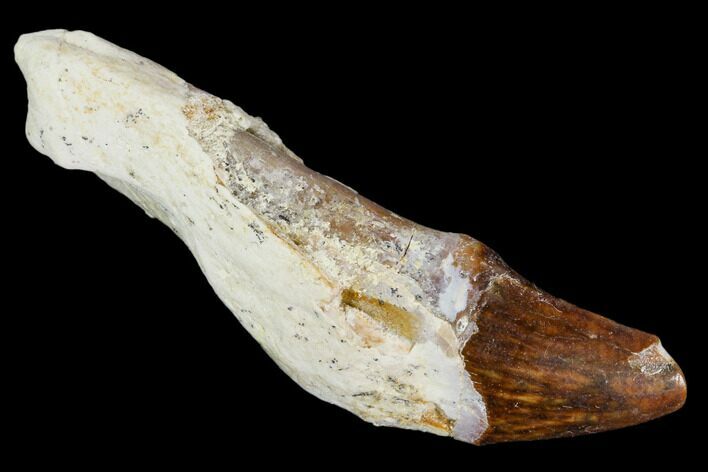 This is a fossil tooth of an Eocene aged, primitive whale (Basilosaur) from the Samlat Formation, Southwest Morocco. This tooth is an incisor . The tip of the tooth is missing but the remaining enamel is well preserved. These are rare fossils and almost always found broken. 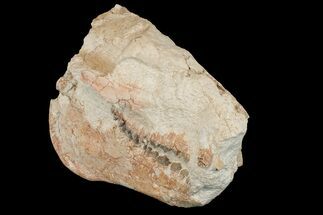 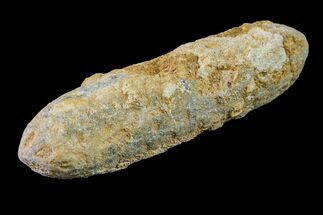 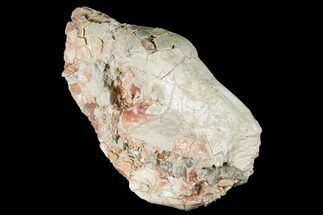