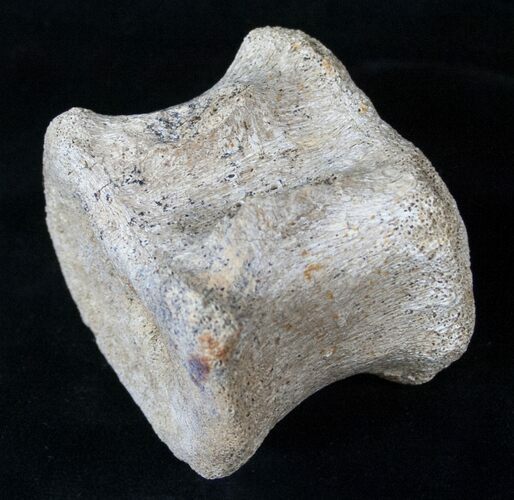 This is a 2.4" long caudal (tail) vertebrae of Edmontosaurus annectens a type of Hadrosaur. It was found in the Hell Creek Formation of Montana. No repair or restoration.