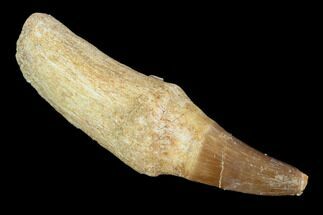 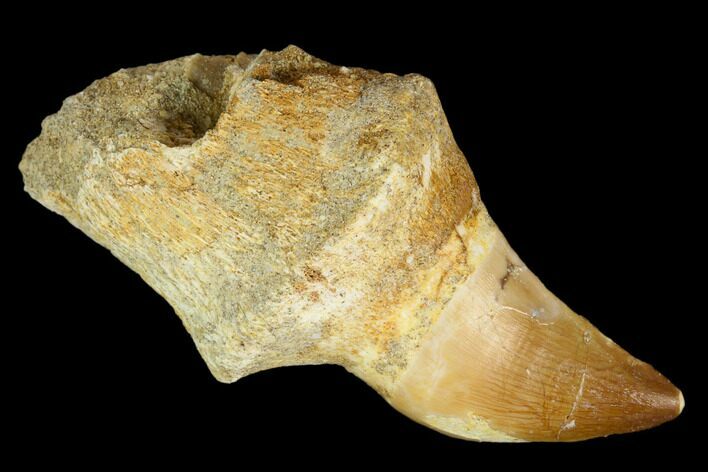 This is an excellent 2.4" long, rooted tooth of the Mosasaur, Prognathodon from the Upper Cretaceous phosphate deposits near Khouribga, Morocco. It is in good condition with wear on the tip and mesial edge and there are two areas f missing enamel. 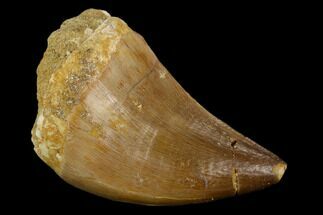 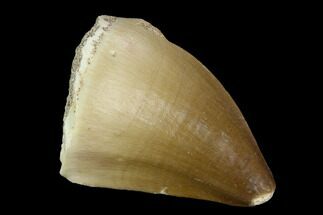 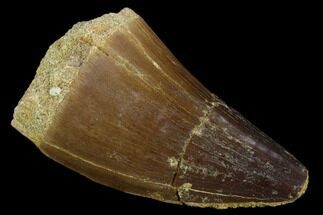