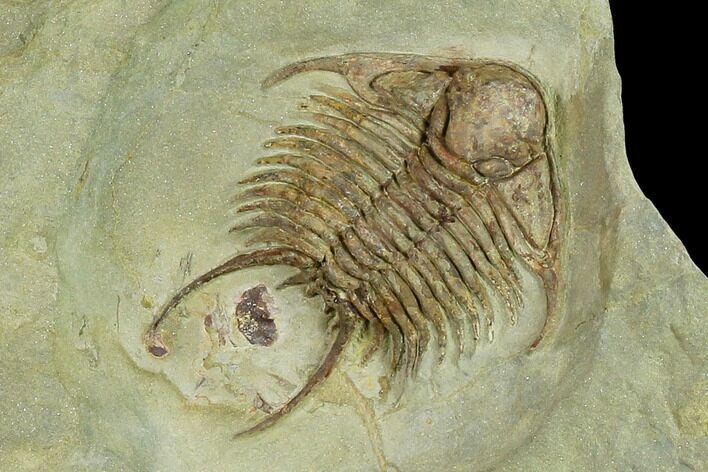 This is an excellent 2.4" specimen of Foulonia from the Upper Fezouata Formation in Morocco. The orange/rust coloration is natural and due to the oxidization of iron pyrite. This specimen is nicely inflated.