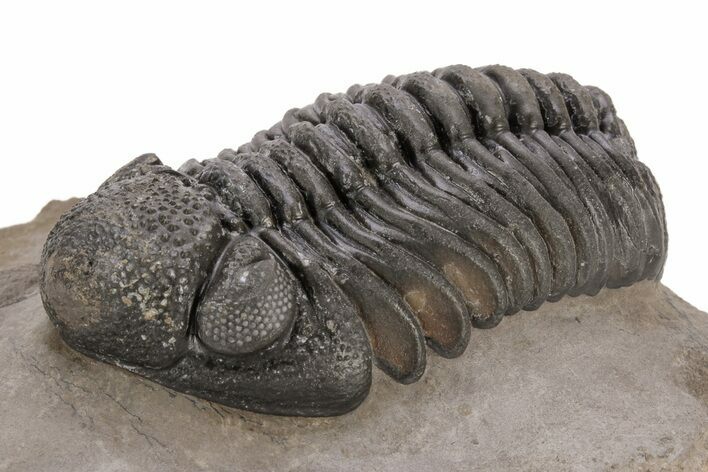 This is an detailed, 2" Morocops (Barrandeops) from the Timrhanrhart Formation near Foum Zguid, Morocco. There is some weathering to its tail but otherwise it is well preserved. 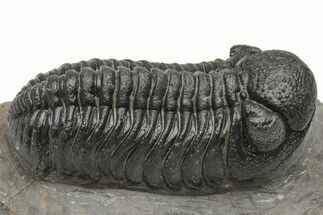