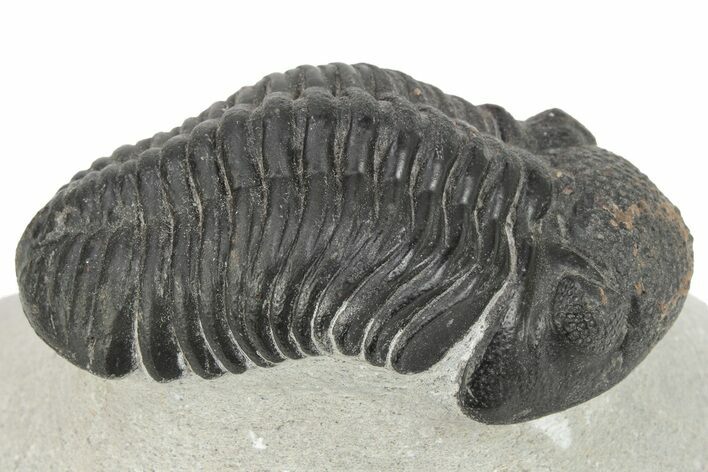 This is a 2.4" long, phacopid (Pedinopariops vagabundus) trilobite from Mrakib, Morocco. It has excellent eye facet detail in both eyes. There is an area of missing shell on the back left and side of the tail.