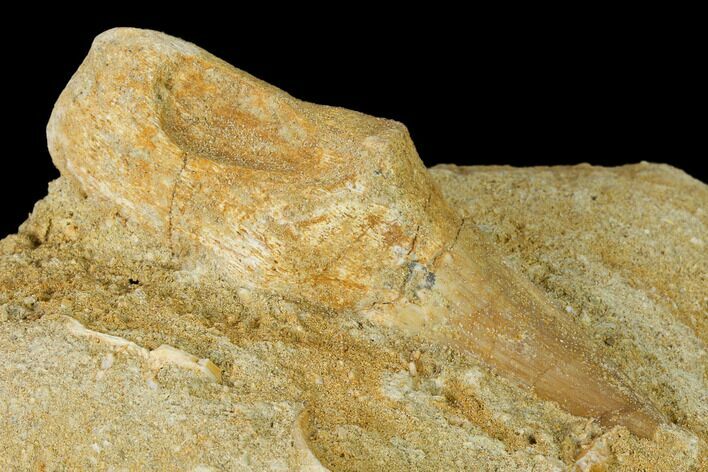 This is a 2.4" rooted, mosasaur (Eremiasaurus heterodontus) tooth from the Late Cretaceous, phosphate deposits in the Oulad Abdoun Basin of Morocco. There are a few of repaired cracks in the tooth and it has been remounted on the rock. The root is original.