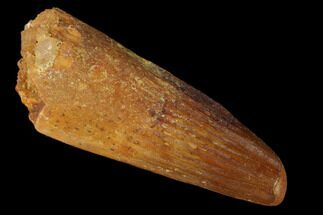 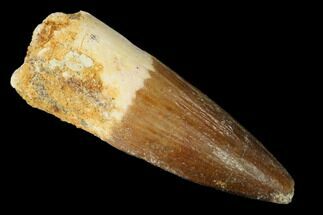 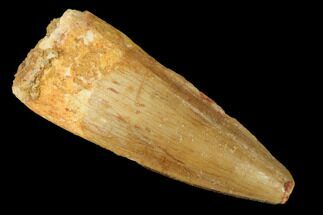 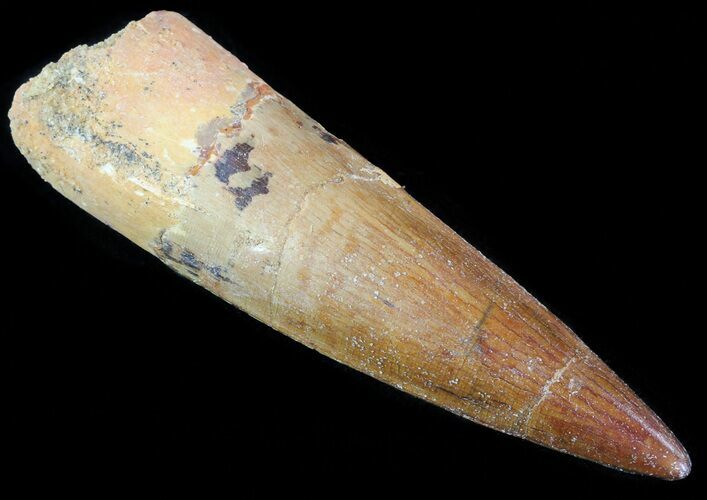 This is a 2.4" long tooth a Spinosaurus, the largest known meat eating dinosaur. It is from the Kem Kem Basin in Morocco and is Late Cretaceous in age, approximately 95 million years old.

The enamel is in really good shape with a few repaired cracks. Almost no wear to the tip. 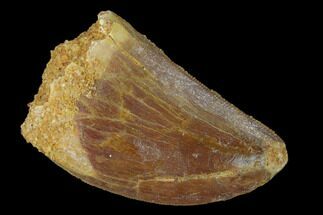 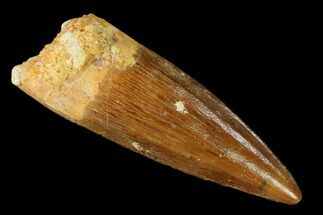 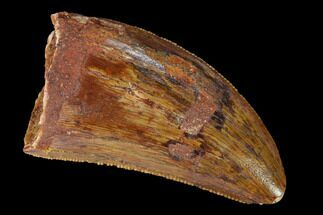