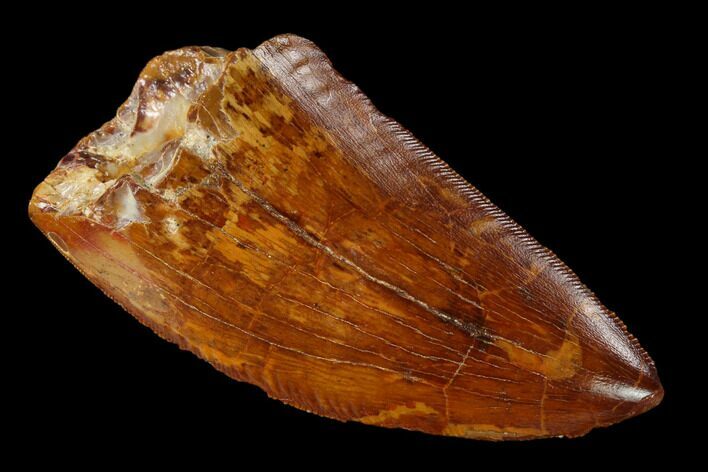 The tooth has wonderful enamel preservation, sharp serrations and a nice tip. There is no restoration to the tooth.