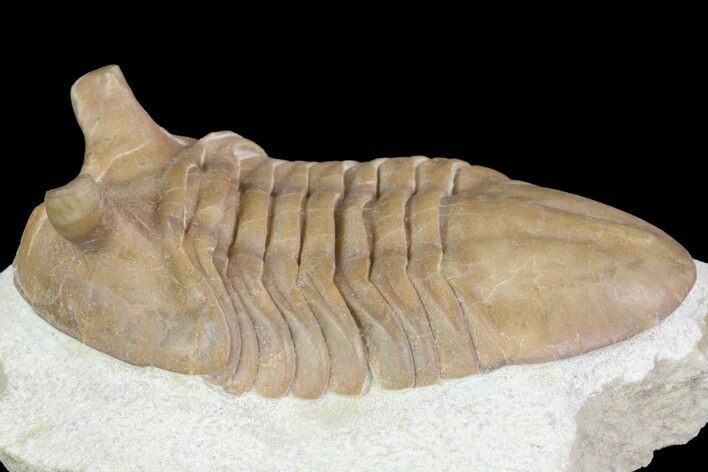 This is a beautiful, 2.5" example of the stalked eyed trilobite Asaphus punctatus. It comes from the Gostlitsy Quarry in the St. Petersburg region of Russia. It's nice and prone and there is very little restoration on the specimen, just some thing crack fills around where the shell fractured during collection, primarily on the tail.