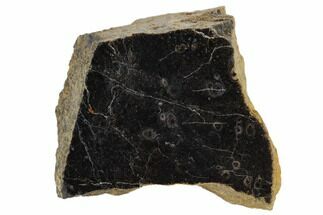 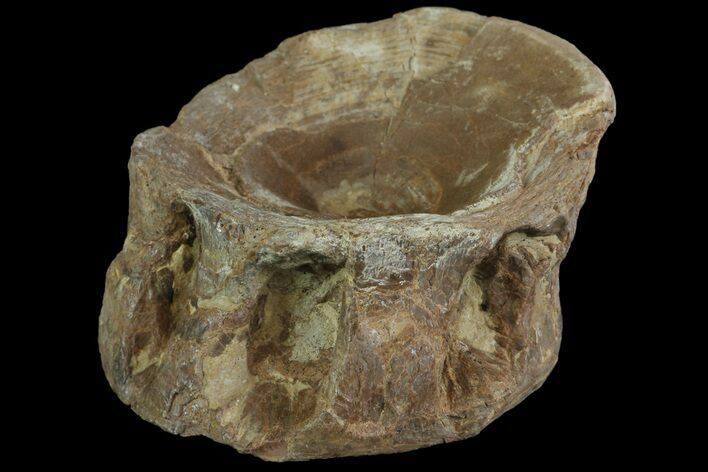 This is a 2.5" fossil fish (Xiphactinus) vertebra from the Smoky Hill Chalk, Gove County, Kansas. It is a well preserved, showing anatomical structures.