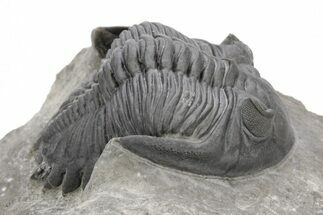 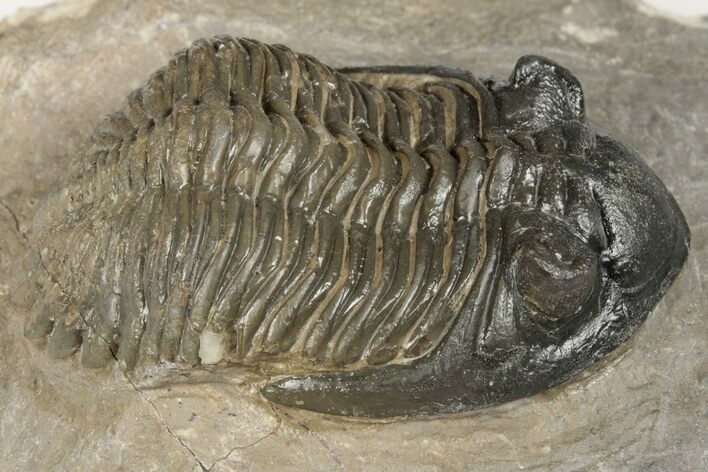 This is a detailed, 2.5" long Hollardops trilobite fossil from Morocco. The limestone has been carefully removed from around the follow leaving it in high relief against the rock. Excellent shell detail including clean eye facets in both eyes. 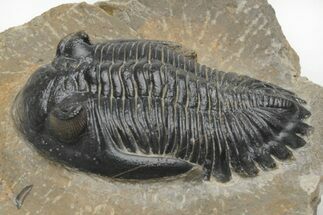 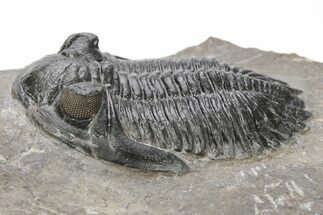 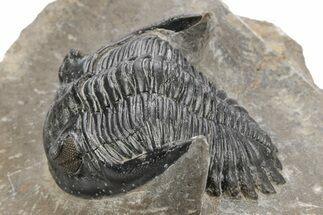