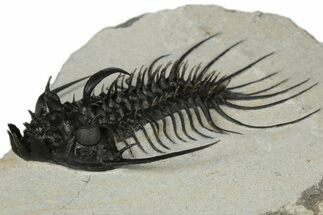 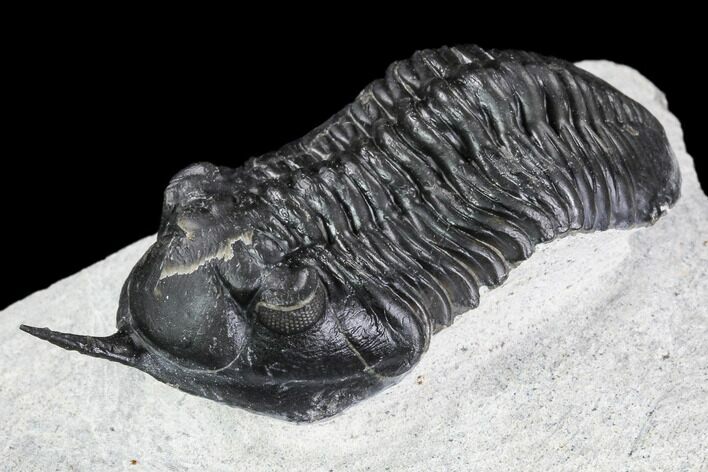 This is a 2.5" specimen of Morocconites malladoides. The genus has a distinctive pointed rostrum coming off the front of its head. Much of the limestone has been removed from around it, leaving it perched on a pedestal of rock. 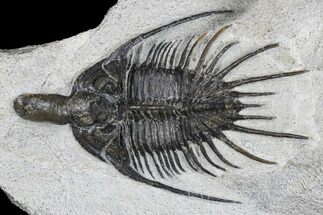