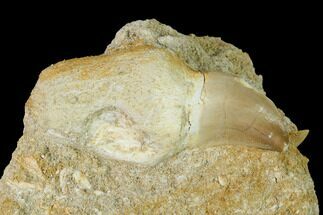 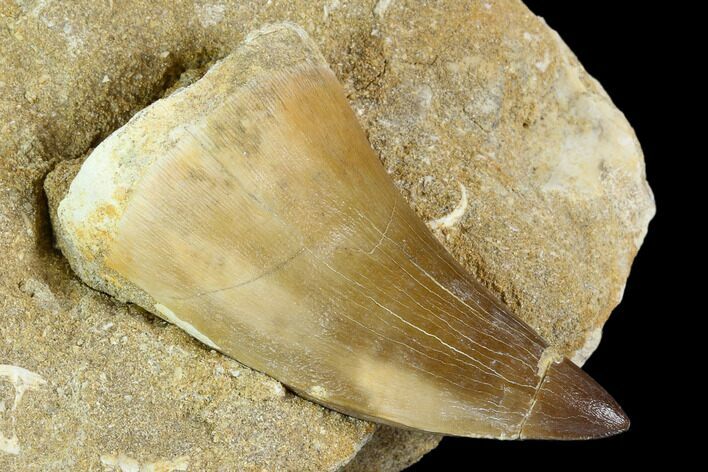 This is a large, 2.5" mosasaur (Prognathodon) tooth from the Late Cretaceous, phosphate deposits in the Oulad Abdoun Basin of Morocco. It has repaired crack at the tip and has been reattached to the rock. The sandstone has a number of other unidentified fossils.