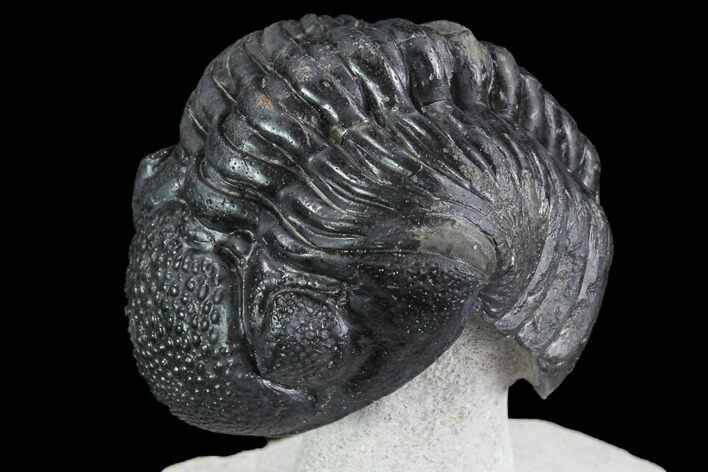 This is a 2.5" long (if outstretched), specimen of Pedinopariops (Hypsipariops) vagabundus from Mrakib, Morocco. It has excellent shell detail including clearly preserved eye facets. The limestone has been removed from around the fossil leaving it perched on a pillar of limestone. There is about 7-8% shell restoration on this specimen, mostly along the repaired crack that runs up the left hand side of the trilobite.