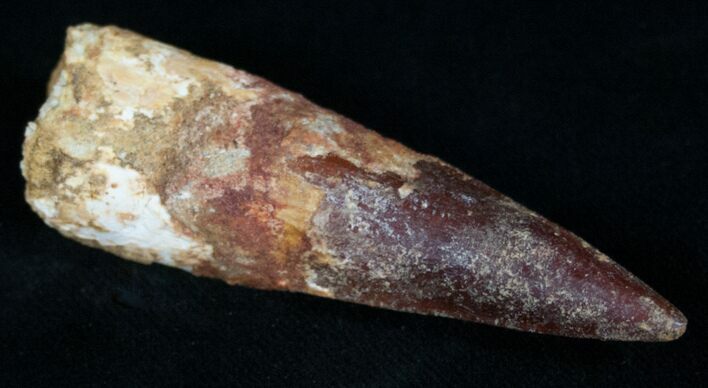 This is a 2.5" long tooth a Spinosaurus the largest known meat eating dinosaur. It's Late Cretaceous, approximately 95 million years old and from the Kem Kem Basin in Morocco. The tooth has deep, reddish-brown enamel and a partial root preserved. There is some areas of restoration where the root meets the crown of the tooth and it's possible the root and the crown maybe a composite (came from two different partial teeth).