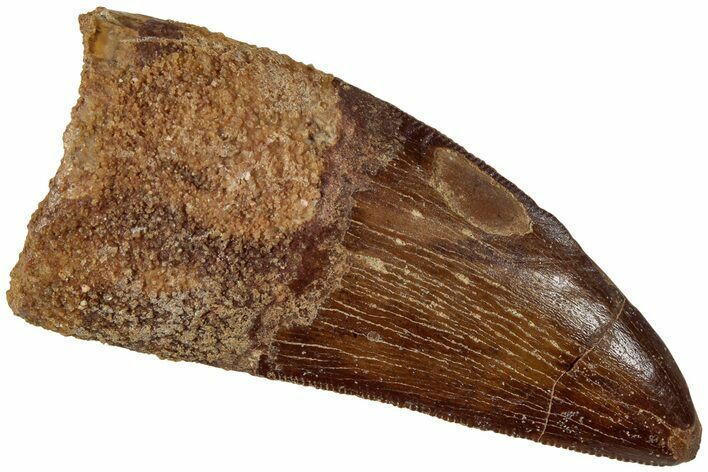 The crown of the tooth has nice enamel and some natural, feeding wear to the tip. There is one crack repair near the tip and the base is partially reconstructed. 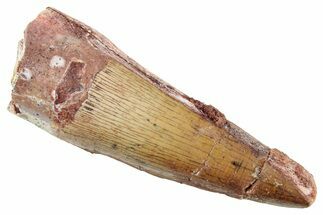