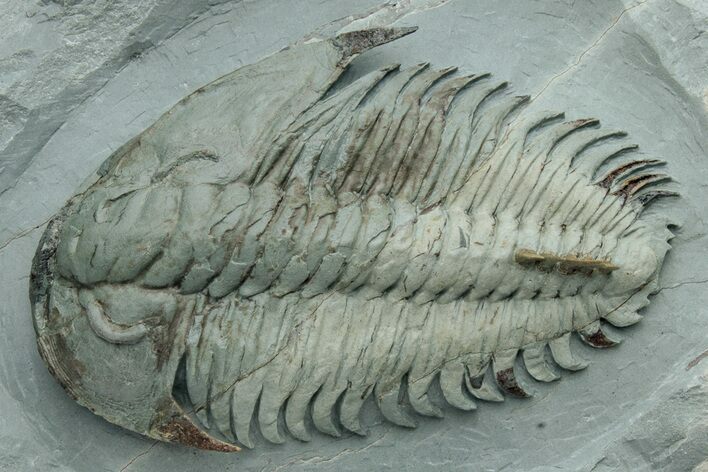 This is a spectacular, 2.55" long example of Longianda termieri (Neltner & Poctey, 1950) from the Issafen Formation of Morocco. It has been beautifully prepared in high relief against the surrounding shale and the natural, rust colored highlights around the edges adds to the aesthetics of the piece.