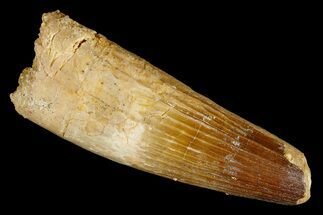 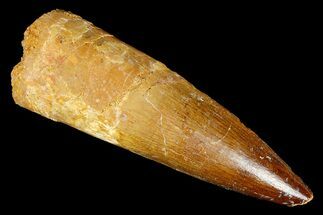 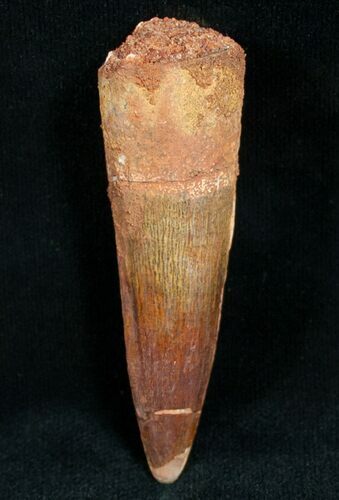 This is a good quality 2.57" long tooth a Spinosaurus the largest known meat eating dinosaur. It's Late Cretaceous, approximately 100 million years old and from the Kem Kem Basin in Morocco. It has outstanding enamel preservation with some minor feeding damage to the tip. There are two repaired cracks but no restoration.

Most teeth commercially available are heavily repaired, restored, composited or have poor enamel preservation. These teeth that I'm selling were hand selected to be top quality. 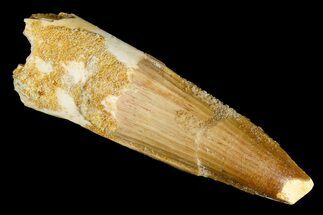 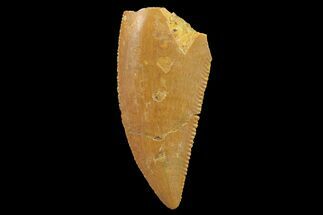