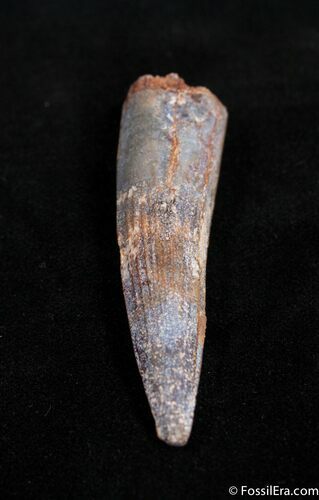 This is a 2.59 inch long tooth of the monster, sail-backed dinosaur, Spinosaurus. It is 100% natural with pretty good enamel preservation. A partial root can be seen as well as vertical "growth lines"