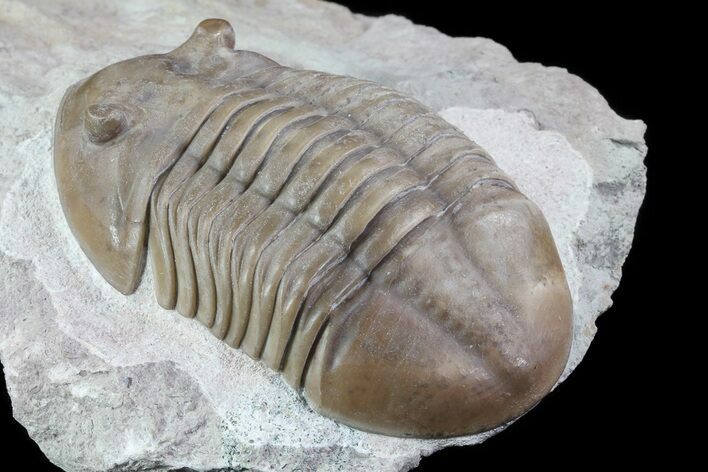 This is a beautiful 2.6" long Asaphus lepidurus trilobite. It was collected from the Putilovo quarry in the St. Petersburg region of Russia. The caramel colored shell contrasts nicely with the light colored limestone. There is a patch of shell restoration on the right hand side of the tail, about 3-4% in total.