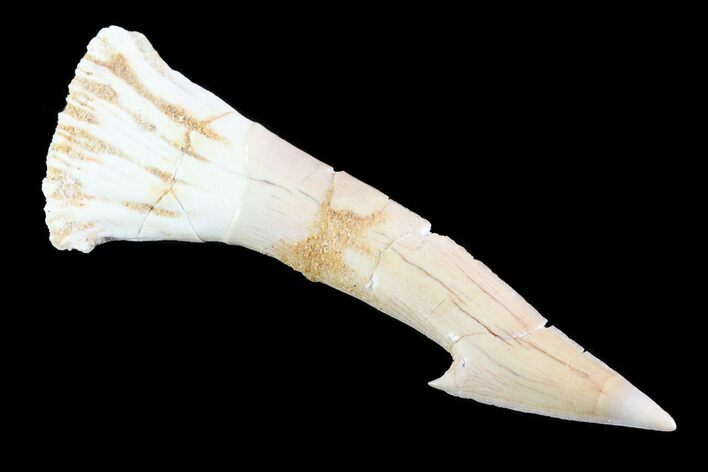 This is a large rostral barb of the giant sawfish, Onchopristis numidus. These barbs are fairly delicate so they are almost always found broken, particularly the larger specimens. There are multiple repaired cracks through this barb, as well as a small gap about half way through.