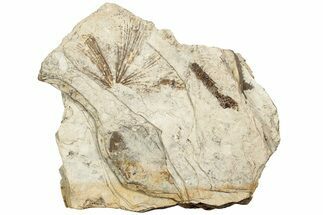 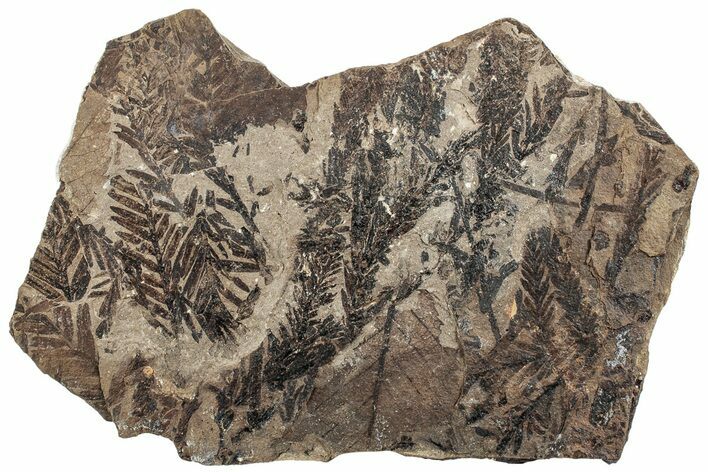 This is a 1.7" wide leaf fossil plate from the McAbee fossil beds of British Columbia, Canada. It contains many partial branches from the genus Metasequoia measuring between 2.6" and 0.7".

Comes with an acrylic stand 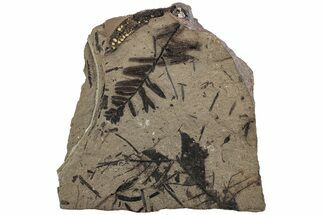 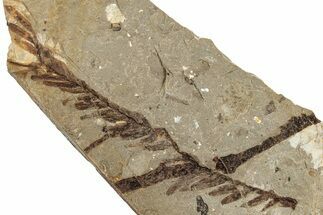 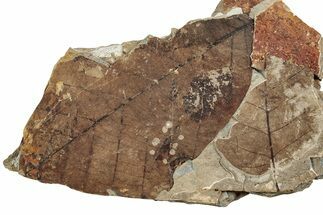