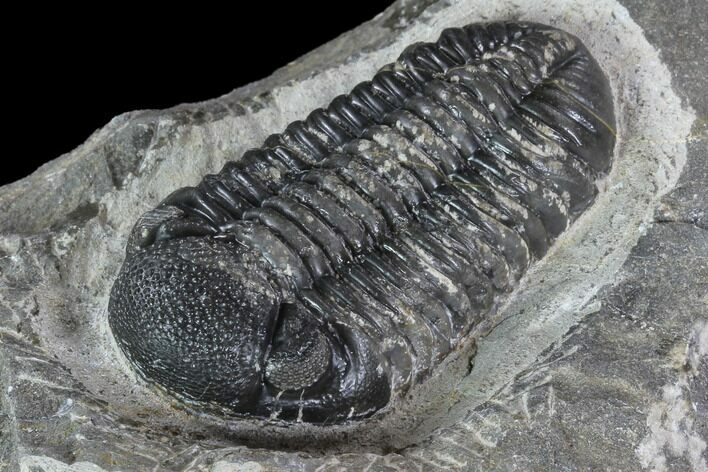 This is a 2.6" long, specimen of Pedinopariops (Hypsipariops) vagabundus from Mrakib, Morocco. It has excellent shell detail including clearly preserved eye facets. A little bit of shell weathering but only about 2% restoration along the repaired crack.