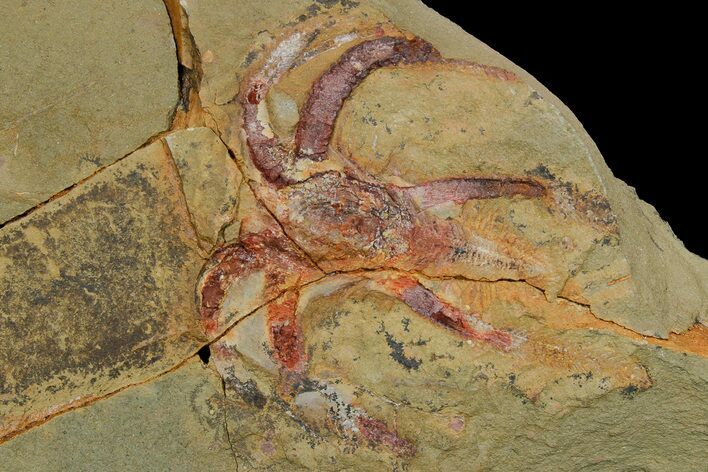 Here is a rare and well preserved marrellomorph (Furca mauretanica) from the Upper Fezouata Formation of Morocco. Furca was a soft bodied “marrellomorph” arthropod, somewhat similar to the more common Marrella from the Burgess Shale of Canada. It is fairly large for the species and shows some very nice detail. Both the positive and negative split of the fossil is included. There are several repaired cracks running through the shale.

Marrellomorphs are a group of arthropods known from the Cambrian to the Early Devonian. They lacked mineralized hard parts, so are only known from areas of exceptional preservation, limiting their fossil distribution. The
View All Soft-Bodied Fossils
FOR SALE
$995
DETAILS
SPECIES
Furca mauretanica
AGE
Lower Ordovician, Tremadocian Stage