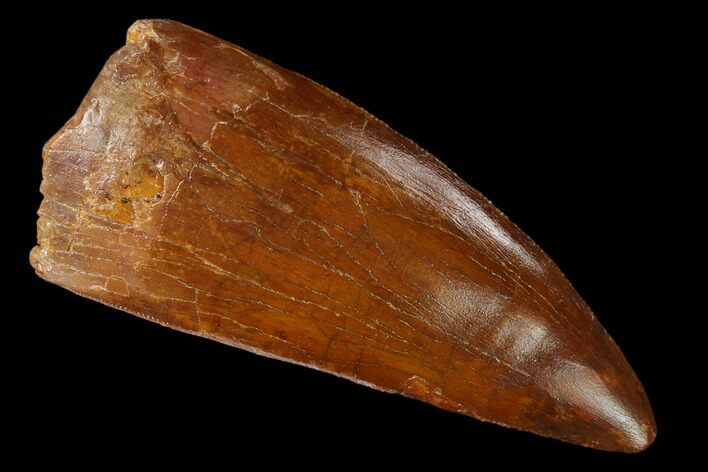 The serrations are worn but some are still visible. About 3/8" of the tip of the tooth has been professionally restored. 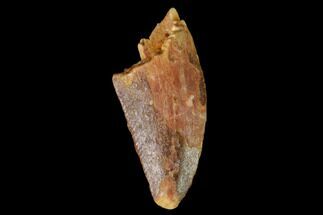