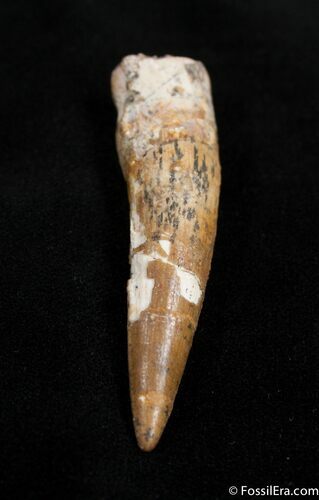 This is a decent 2 1/2+ inch tooth of the massive Cretaceous meat-eating dinosaur, Spinosaurus. The tooth has a few minor repairs and a small spot of restoration near the tip. The white coloration is an area where the enamel is missing and the interior of the tooth preserved as a phosphate based mineral is showing.