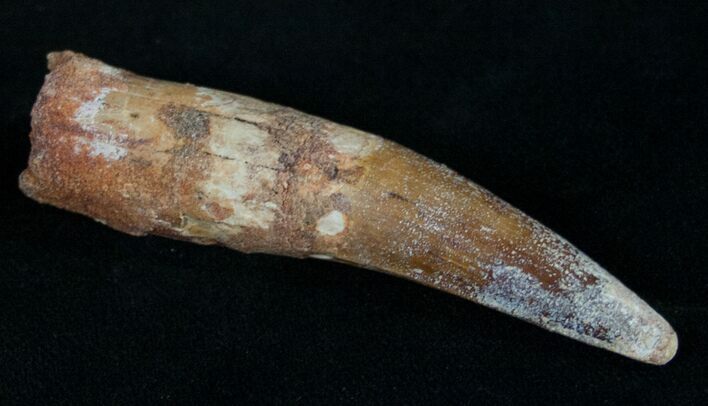 This is a 2.66" long tooth a Spinosaurus the largest known meat eating dinosaur. It's Late Cretaceous, approximately 100 million years old and from the Kem Kem Basin in Morocco. Given its size it probably came from a juvenile of the species. There is nice enamel preservation on this specimen. There is pretty good section of root still present. There are a few repaired cracks and gaps filled in the root but no repair or restoration to the crown.