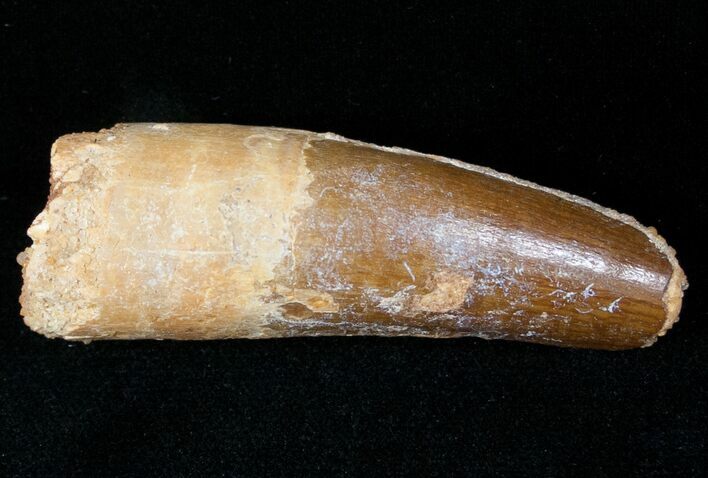 This is an authentic 2.68" long tooth of the largest known meat-eating dinosaur Spinosaurus maroccanus. It comes from the late Cretaceous, Kem Kem Beds near Taouz, Morocco. The tip has been sheared off due to massive feeding damage.