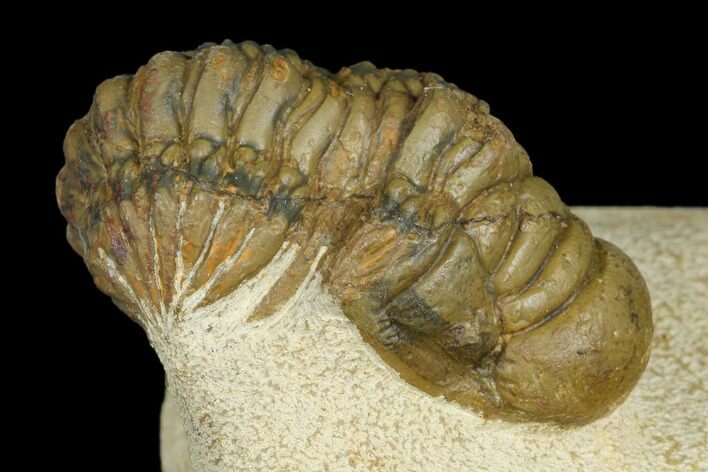 This is a 2.7" long, trilobite (Crotalocephalina gibbus) quarried from the Lhandar Formation near Atchana, Morocco. The tail is curled downwards and there is some disarticulation in the body.