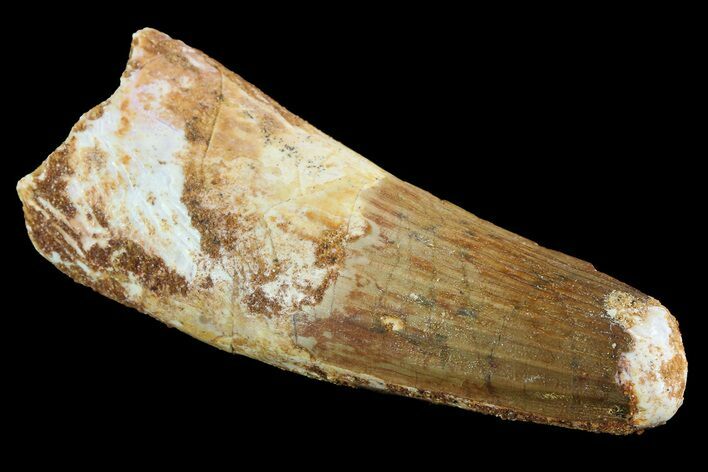 This is a 2.7" long tooth a Spinosaurus, the largest known meat eating dinosaur. It is from the Kem Kem Basin in Morocco and is Late Cretaceous in age.

This tooth is in decent condition with much of its enamel remaining intact. The tip is missing, possibly resulting from feeding damage.