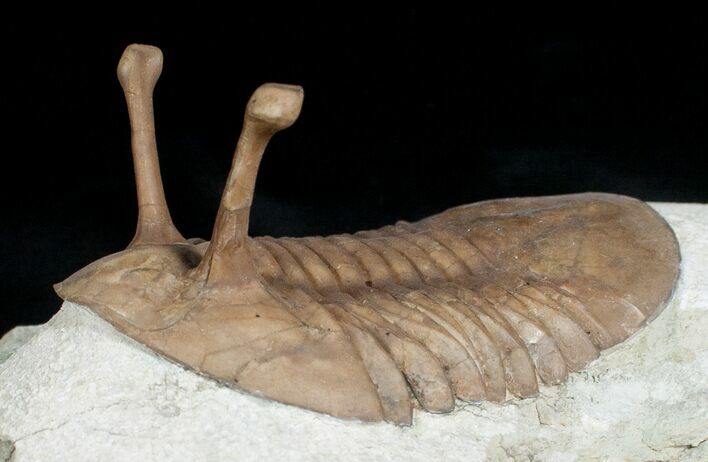 This is a good sized specimen at 2.7" long and it is laid out nice and prone. Yes, those eye stalks are real. Like nearly all trilobites from these quarries there is some shell restoration because shell tends to either flake off when the rock is broken to find them or they have weathered shell from portions being exposed. There is about 7-8% of restored shell on this specimen, spread out in small patches. This is a pretty typical amount.