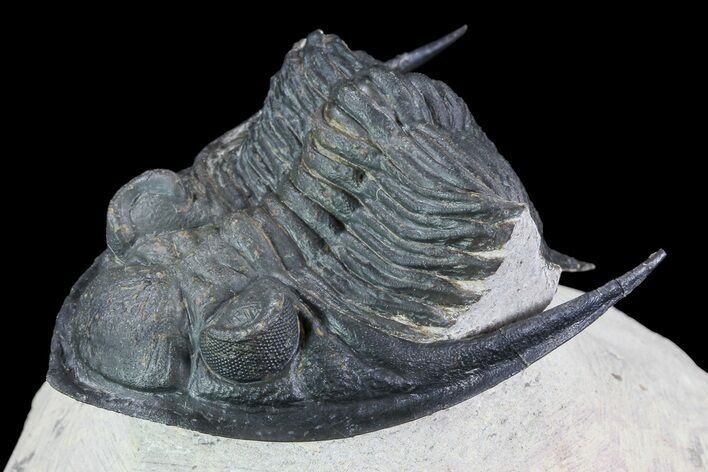 This is a detailed, 2.7" long (if outstretched) specimen of Zlichovaspis rugosa from Atchana, Morocco. It has good shell detail and is very nicely prepared with clear eye facets in both eyes. The genal spines have been prepared free-standing and there is less than 1% shell restoration.