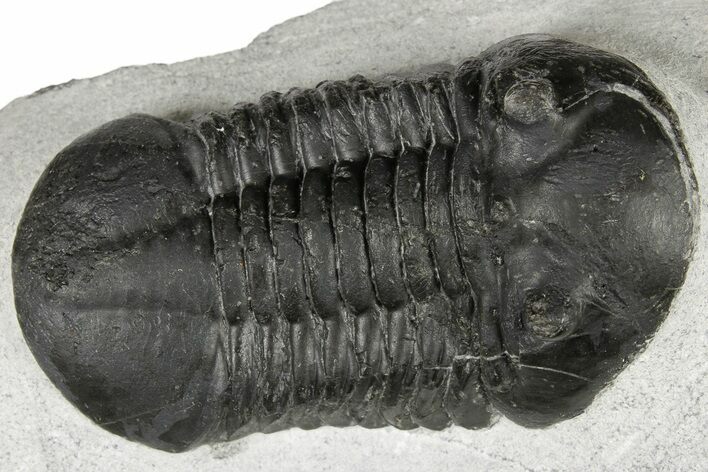 This is a jet black, 2.75" long Asaphus expansus trilobite from the Huk Formation of Norway. We collected it near Slemestadt two summers ago. The base of the limestone has been cut flat so that it stands up nicely on a hard surface without the need for a display stand. The only restoration is some touchups of airscribe dings from preparation.

The Huk Formation which outcrops around Oslo produces many of the same species of trilobites better known from the St. Petersburg region of Russia but with a black shell preservation. The rock is much harder than the soft, creme colored limestone their Russian counterparts are found in, making them much harder to collect and prepare. Relatively few of these Norwegian trilobites have been offered up for sale. 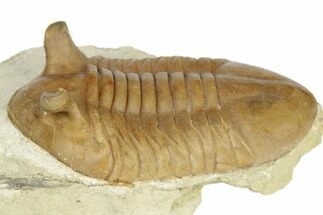