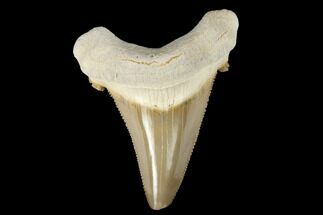 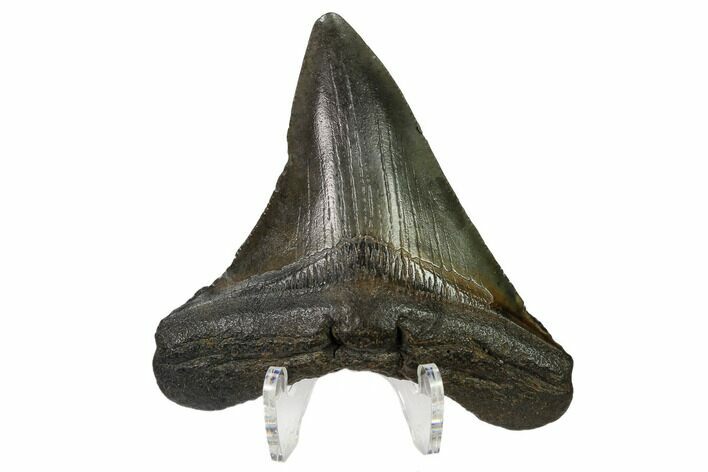 This is a Carcharocles angustidens shark tooth. Angustidens is believed to be an ancestor of the fearsome Megalodon shark, though it did not grow as large. The cusps at the corners of the blade have mostly been eroded off.