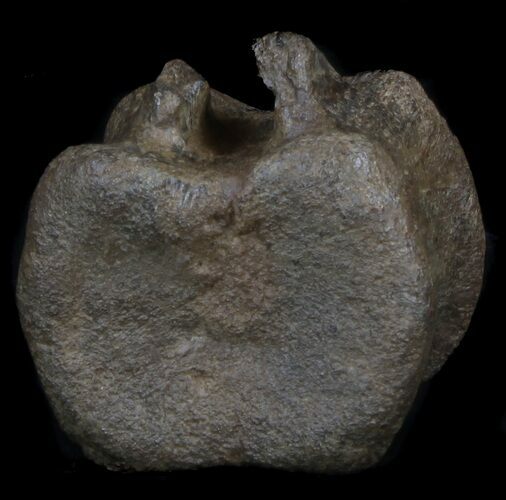 This is a 2.8" wide distal caudal (ebd of tail) vertebrae of Edmontosaurus annectens a type of Hadrosaur. It was found in the Hell Creek Formation, at a quarry in Powder River County, Montana. The preservation is generally pretty good with just a little wear from river tumbling. There is no repair or restoration. 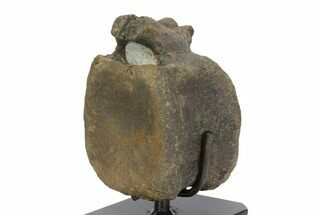