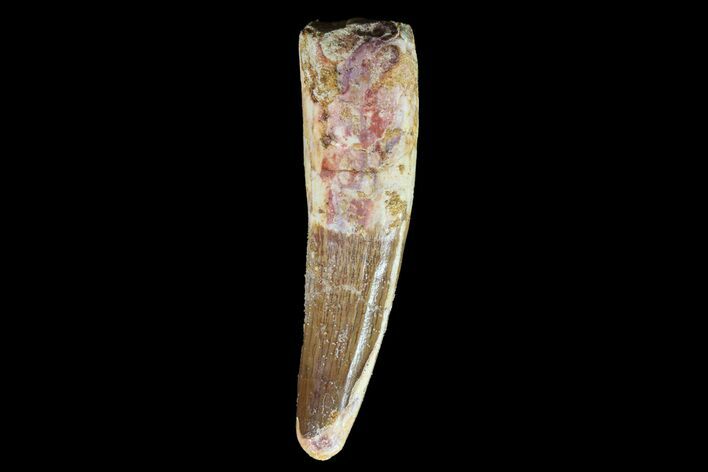 This is a 2.84" long tooth a Spinosaurus, the largest known meat eating dinosaur. It is from the Kem Kem Basin in Morocco and is Late Cretaceous in age.

The tooth exhibits some natural feeding wear to the tip and has a nice section of tooth still attached. A couple crack repairs in the middle of the tooth.