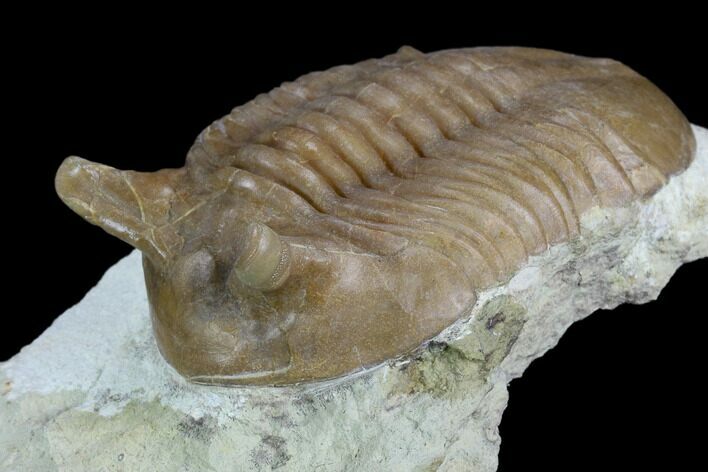 This is a good-sized, 2.9" example of the stalked eyed trilobite Asaphus punctatus. It comes from the Gostlitsy Quarry in the St. Petersburg region of Russia.