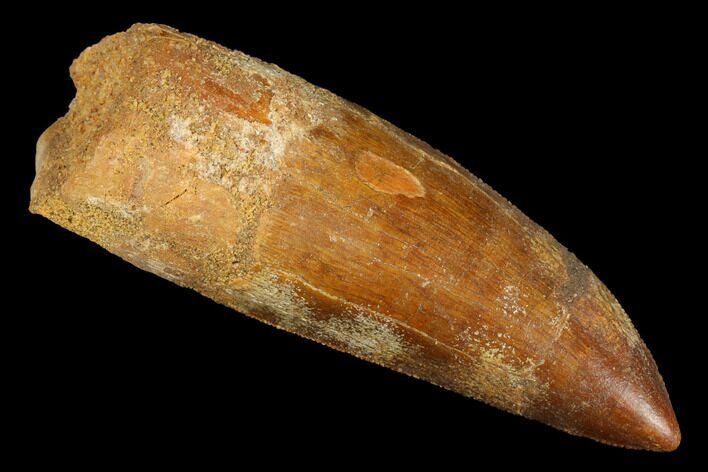 There are serrations along both edges of this robust tooth. There is a repaired crack towards the tip of the tooth, portions of which required some gap fill restoration. The root area of the tooth appears to be mostly reconstructed.