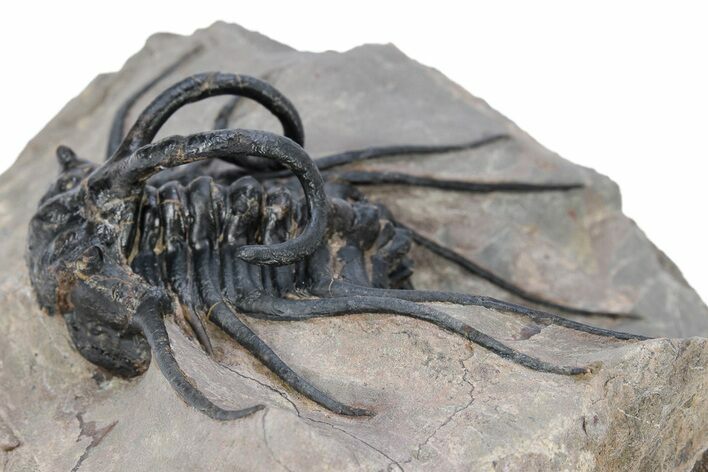 This specimen is bargain priced, because the tail and horns are composited on. Other than the compositing there isn't any restoration on the specimen.